I was shocked or heart broken when I learned that these flowers are named “Bleeding Heart”.  How could people do this?  My mind opened up a little bit, yeah its shape is a good match of the name.  Still, I did not want to give up fighting back my disappointment about naming to such charming flowers.  My good friend Google shows me the site that gives a bit of story about “Bleeding Heart” flowers. Here is the content from “http://flowerinfo.org/bleeding-heart-flower“:

“Because of its characteristic shape, the bleeding heart flower is at the center of many folkloric tales. One of the best known stories – which has many variations – is generally told directly through the anatomy of the plant itself. This story tells of a prince who tries to win the heart of a beautiful maiden by giving her gifts. With each gift, two of the petals are removed. Despite his attempts, the maiden continues to refuse the prince, and so he pierces himself through the heart – the heart having been formed with the discarded petals, the knife with the green stamen. The essence of the bleeding heart flower is said to open up and strengthen the heart chakra, which in turn causes a person to feel emotionally soothed and open to the possibility of new romance. It is thought to be especially useful after a heartbreak. These blossoms are also frequently used in love spells. One such spell includes braiding the flowers into your hair, lighting a white candle in honor of the goddess of love, and reciting a poem or incantation.“

I felt better after reading the story. “Bleeding Heart” name is not so bad. I like it better now. I think this is also a good story for today, the Valentine’s Day.

Please have some of these red sweet strawberries to celebrate the day with me… They are sweet, very sweet and sweeter than they look. I promise.

And before you leave, take a few with you too …

This is may be a little late and especially for some at the different part of the world. Wishing everyone a Happy Valentine’s day. 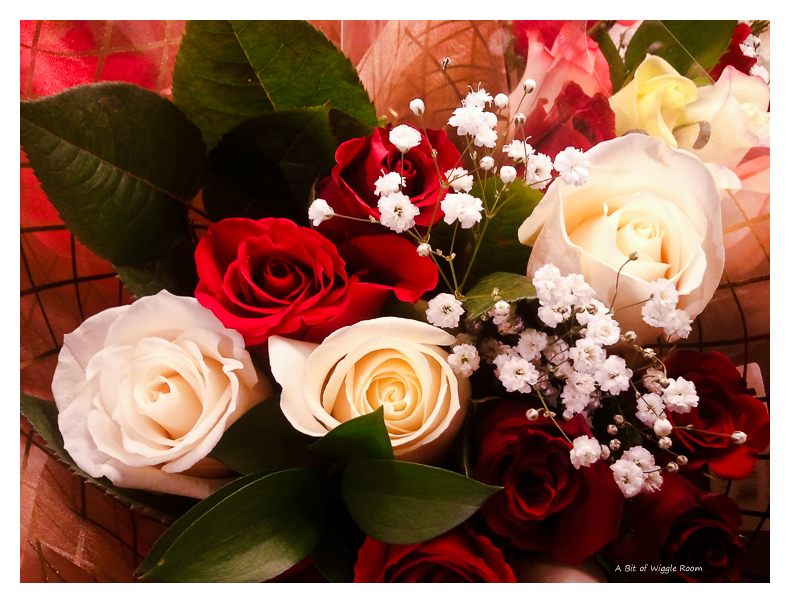