My luck was with me. I had window seats on all the flights over to Las Vegas (I love window seat). The flight was also during the daylight . The schedule and the seats were perfect as I could hope for.

I was settled in my window seat and waiting for the plan to take off.  There was not much interesting things out side my window except for there was another sister plane getting ready to take off as well.

I believe there was one connecting flight somewhere before the last leg to Las Vegas. I saw the ground crews was working on luggage. I was glad that I did not have to worry my luggage for this flight that the crews had to work on. It was only few days trip and my belongings were with me.  I was delight that I was truly traveling light 🙂

Looking out the window and anticipating… While I was keeping eyes on the views below I was also enjoying the view above – deep blue sky and the warm sunny afternoon.

As anticipated, I had the first sight of an interesting ground terrain below.  It started to change from flat to mountain ridge. 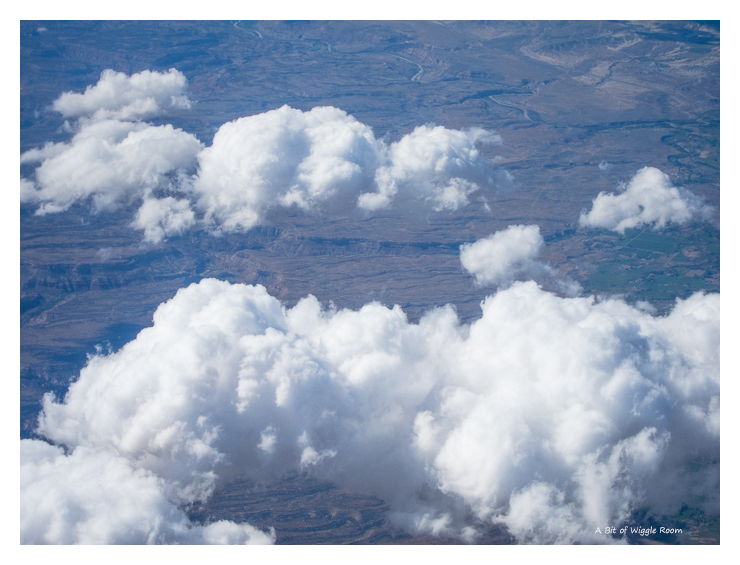 The ground terrain continued to change below. There were less trees on the ground now. There were also low patches of cloud covering the view.  I guess my luck was getting a bit weakening. I was hoping to get some clear views of the ground before the flight ended. 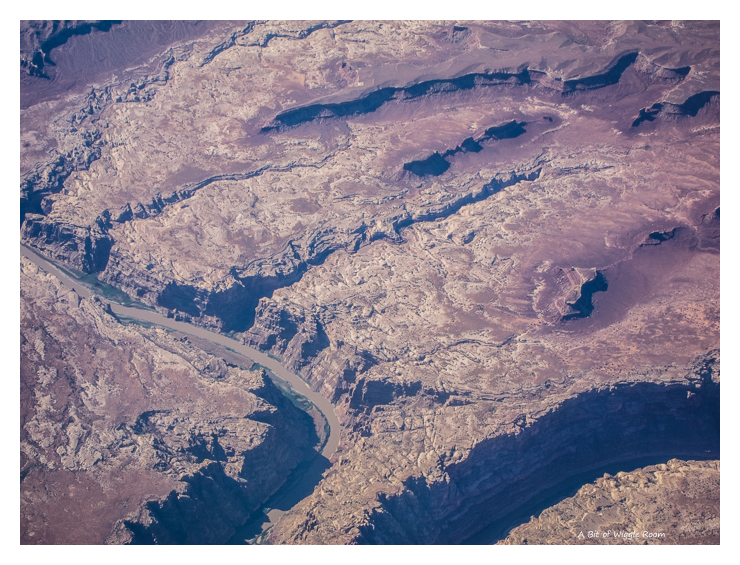 Finally, I got few clear views of the ground below and the view that I was hoping to see. The terrain was fascinating.  It made me think that I could be on Mar if there was not the river there.

This is another interesting view of the terrain that could get before the flight ended.

I hope you enjoy the flights over to Las Vegas with me.

41 thoughts on “Flights Over To Las Vegas”